The Story of The Magic School Bag

Once upon a time, there was a Turkish national named Nezahet Nurettin Eğe living in New York City. She had a great idea for a play, but knew it needed music. So, she decided to take a chance and reach out to a famous composer from South Carolina; Lily Strickland. Through letters, the two sought to bring this operetta they called The Magic School Bag to life. But it disappeared from history as the second World War began to change the world. Both ladies went to pursue their separate destinies. However, the operetta did not stay hidden. Dr. Güneş N. Eğe was exploring her family’s amazing history when she found the once forgotten story. She reached out to the Thrift Library of Anderson, who owns half the Lily Strickland collection. They brought in Mickel Library of Converse College, who owns the other half. The two libraries pooled together their resources with Dr. Eğe to work to bring to life the complete story of The Magic School Bag, eighty years after it was first imagined… 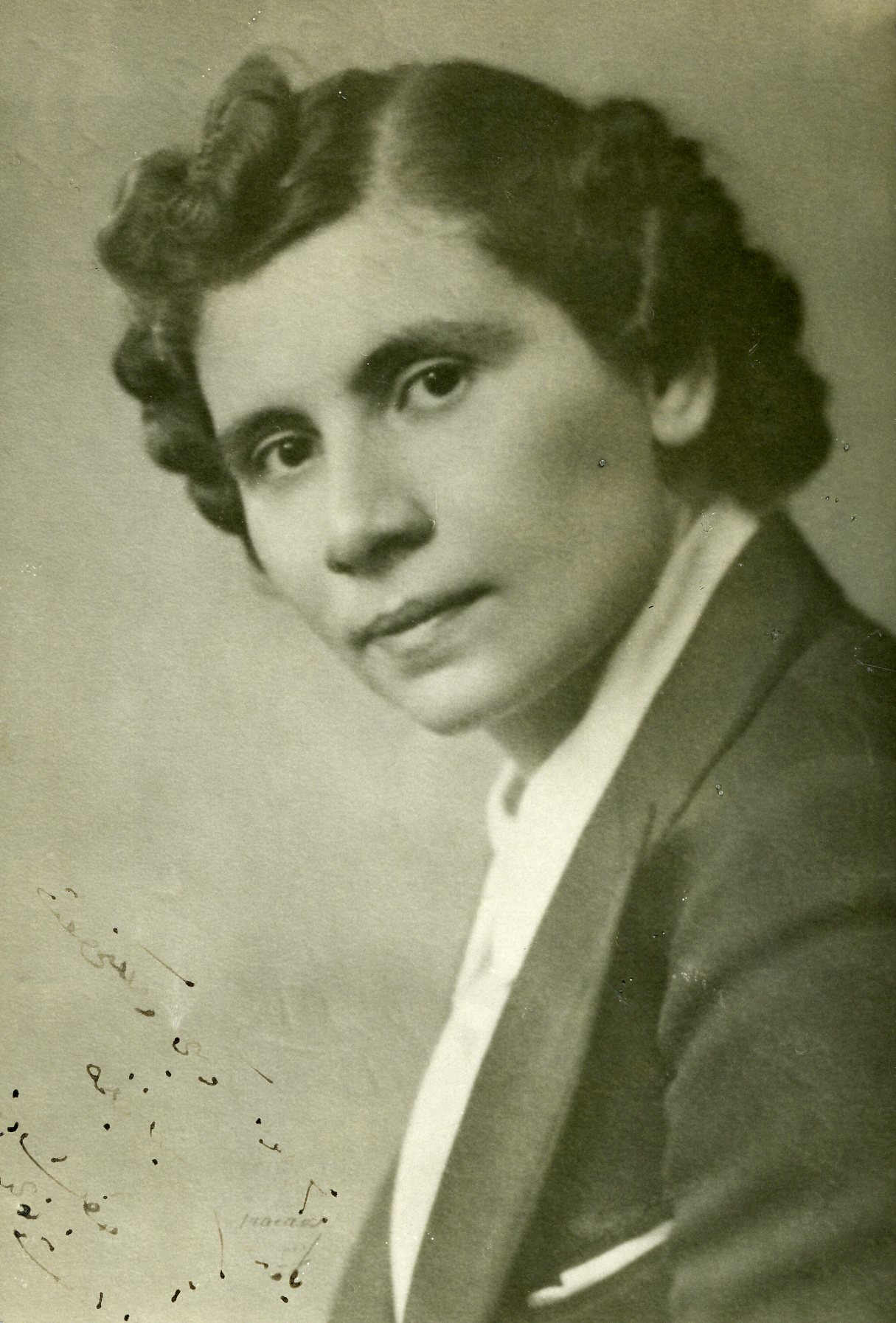 Nezahet Nurettin Eğe (1901-1994) was born in Der Saadet (now called Istanbul) in the Ottoman Empire. She was an eyewitness to the fall of an empire, corresponded with an exiled prince, was a member of the Turkish Hearth (Türk Ocaği), and lived through the establishment of the Turkish Republic. She spent her life improving education and the quality of life in Turkey. She married Ragıp Nurettin and they continued working to help their country. One of the Eğe family's major adventures was coming to the United States to serve as Cultural Attaches. There Mrs. Eğe's ideas flourished and led to correspondence with Lily Strickland over a proposed manuscript.

Special thanks to Dr. Güneş N. Eğe for providing this biography and pictures.

While The Magic School Bag with Ms. Strickland did not take off, many of Mrs. Eğe's other things did! Her book Turgut Lives in Turkey  was published to great acclaim. She also translated articles from things like The Reader's Digest into Turkish newspapers. She would write 273 articles between January 1941 and August 1945 on subjects ranging on the political aftermath of the two world wars to natural resources, amongst many other things. She would eventually go on to establish a school with her husband Ragıp called Erenköy Güneş Kolleji / Özel Erenköy Güneş Lisesi that she would run for the rest of her life. 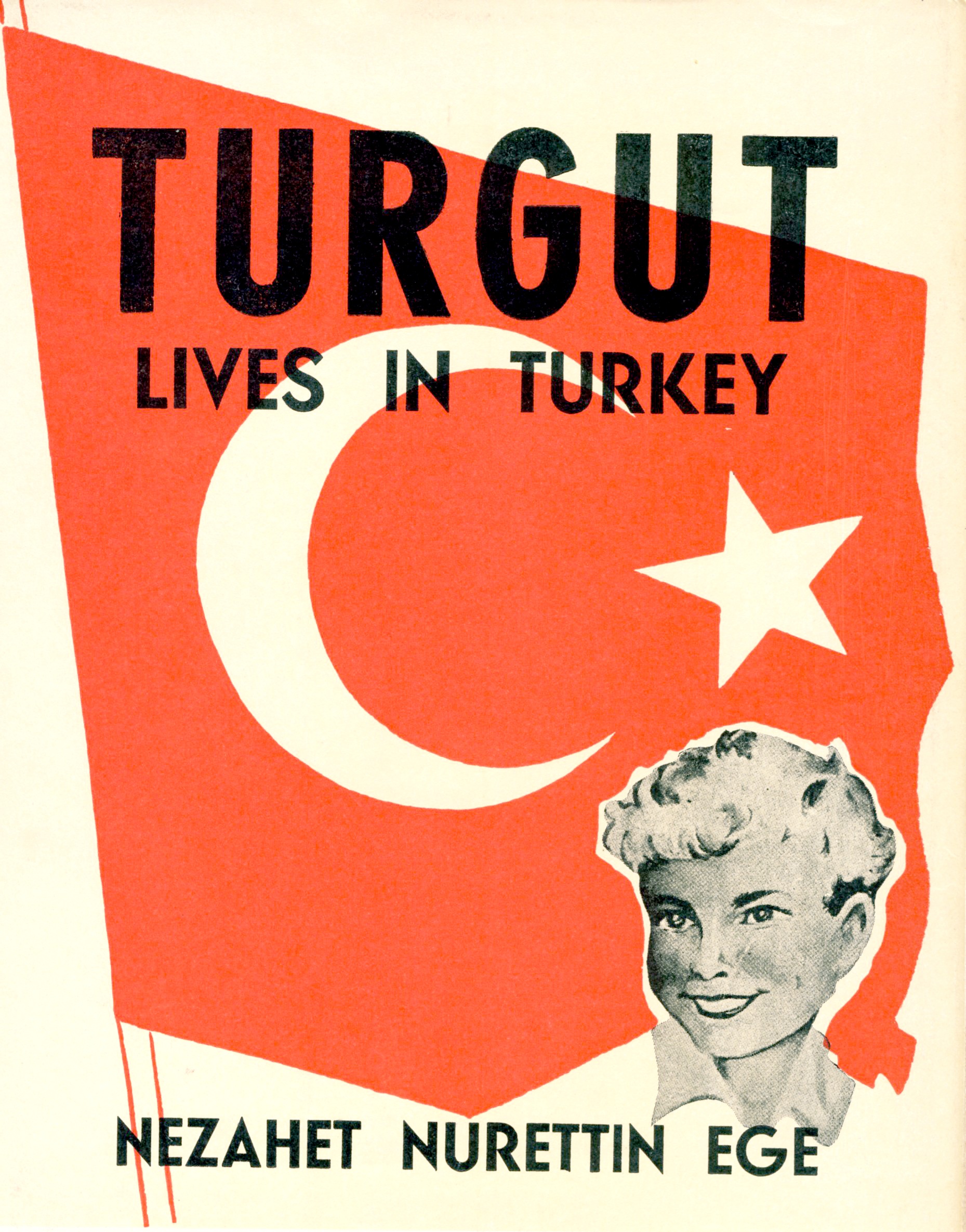 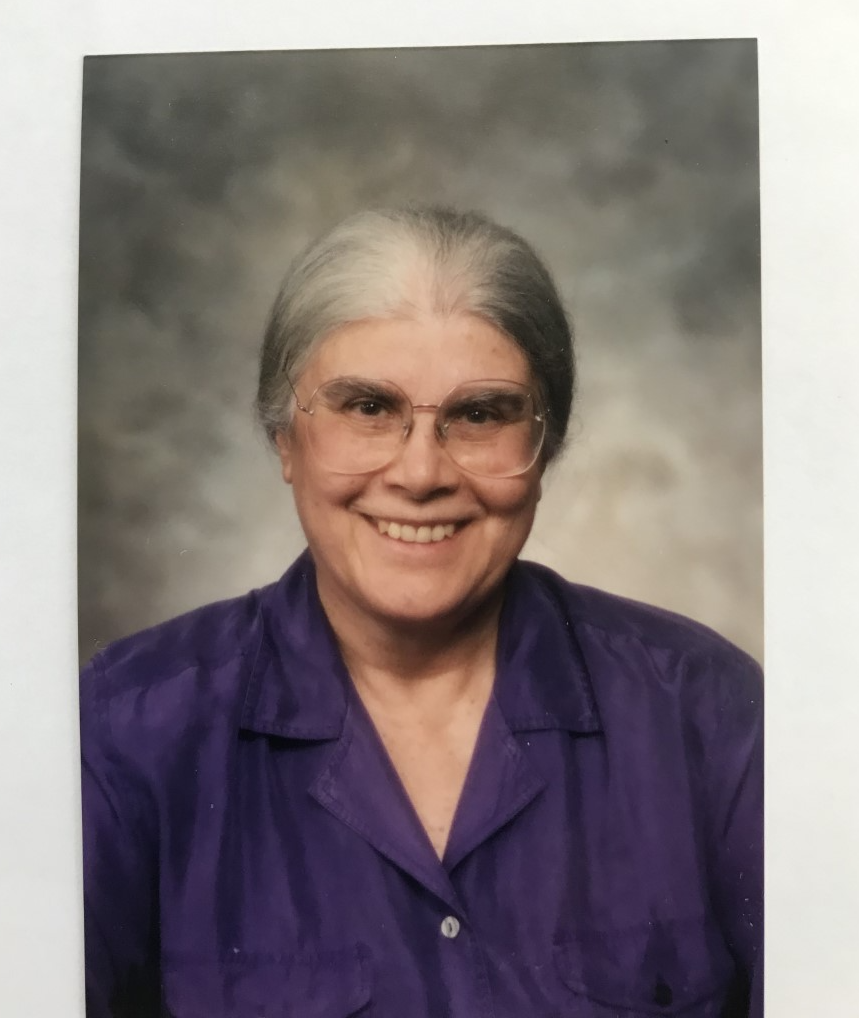 Güneş Nurettin Eğe, born in İstanbul, Turkey in 1933, spent her early childhood in New York with her sister Seyhan, where their father Ragıp Nurettin Eğe was the first Cultural Attaché/Inspector of Turkish Students appointed to the USA by the new Turkish Republic. Their mother Nezahet Nurettin Eğe started her writing career in New York with Turgut Lives in Turkey to introduce American children to Turkish culture and customs. With the onset of WWII, the office of the Cultural Attaché was closed and the family returned to İstanbul in 1940 on the last merchant marine ship to cross the Atlantic Ocean. Back home, the fluently bilingual children were initially home schooled so as not to lose their facility with English. They took piano lessons; their parents also diligently tutored them in the old Ottoman Turkish script, no longer taught publicly, to prepare them to access their cultural heritage. They continued their education at the American College for Girls in İstanbul. After graduating in 1952, Güneş enrolled at Barnard College in New York, and subsequently at Harvard Medical School, where she was one of ten female students out of a class of 135. As the ninth class of women to be admitted to Harvard Medical School as an experiment which proved that women could succeed in medicine, today women constitute more than 50% of the admission class.  Following graduation in 1958 and a period of internship and residency, Dr. Eğe did postgraduate training in London, England. Having qualified in radiation oncology, in 1967 she joined The Ontario Cancer Institute incorporating The Princess Margaret Hospital, further specializing in nuclear medicine. She has been instrumental in improving and refining the technique of lymphoscintigraphy, or lymphatic imaging to aid in the treatment of patients with cancer.

Dr. Güneş Eğe lives in Toronto, Canada with her husband Turgut A. Akter, who is documenting the fifty-year history of the Turkish State Theaters. She has devoted her retirement to exploring the lovingly preserved family records. The early tutoring in Ottoman Turkish was invaluable in facilitating efforts in deciphering countless official documents, much correspondence, and scribbles on the back of fading photos, all written in the old script, which has resulted in the publication of several books based on the family archives. To honor the memory of her late sister and to encourage and acknowledge young women in the sciences, she has established the Professor Seyhan N. Eğe ACG’49 Excellence in Science Award for Girls at Robert College, given annually to a young woman in the eleventh grade of what was the high school where Seyhan started the journey of her distinguished career in chemistry.

Magic School Bag: A Musical Fantasy in One Act for Juniors - Story by Nezahet Nurettin Eğe. Music and Lyrics by Lily Strickland 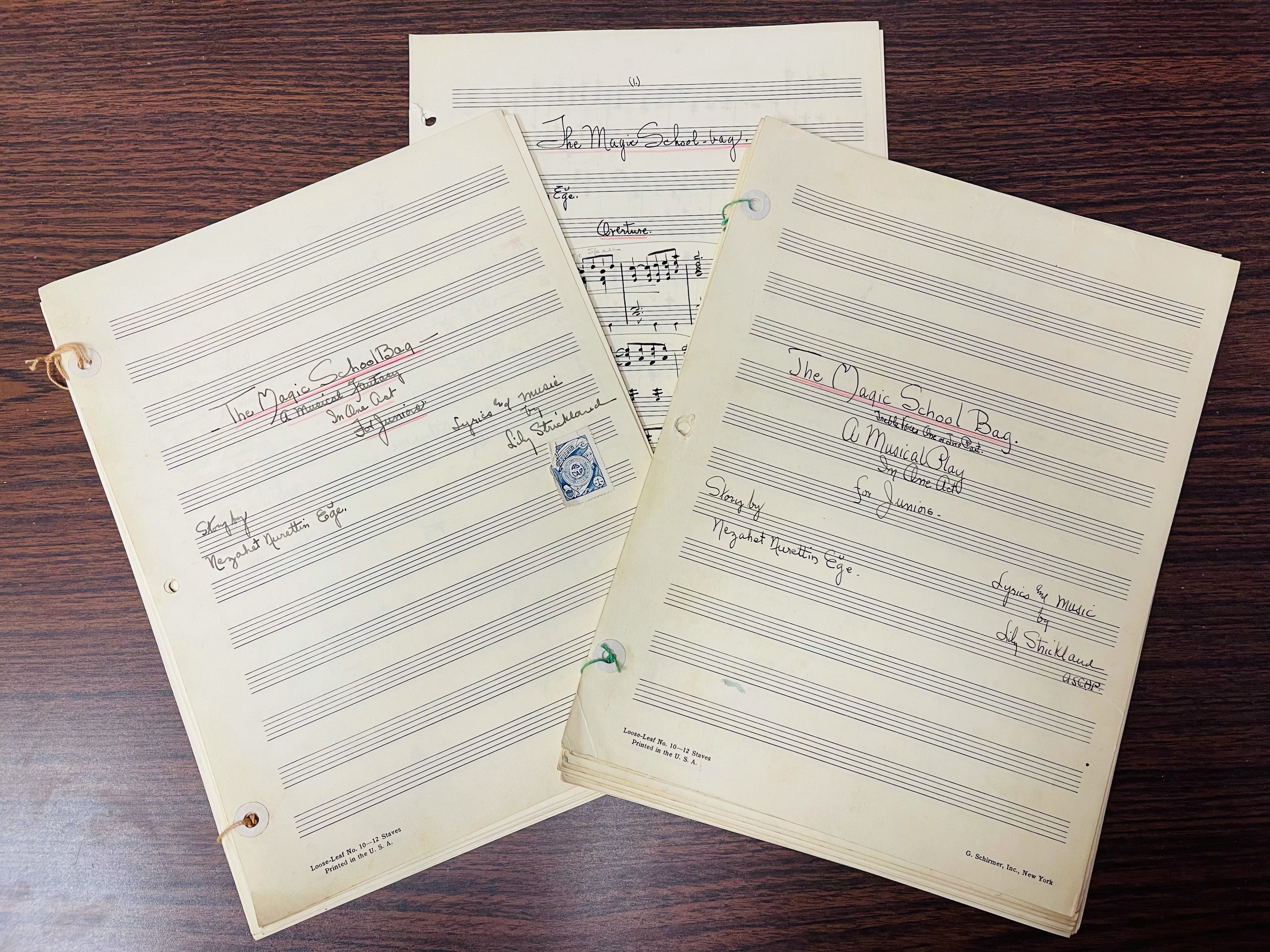 These original documents are held in the Archives of the Mickel Library at Converse College.

Manuscript of Magic School Bag: A Musical Fantasy in One Act for Juniors - Story by Nezahet Nurettin Eğe. Music and Lyrics by Lily Strickland

The Magic School Bag is a rather free and loosely abridged version of Mektepli Cantasi that combines contents of a school bag with a little boy's dream of fairyland to create an English libretto. Mrs. Eğe wrote this as a way to bring Turkish children alive for American children, though Ms. Strickland convinced her to cut down on the Turkish motifs. At the urging of one of her daughters' teachers, she reached out to Lily Strickland to craft it into a published operetta. Ultimately, this did not occur as publishers did not pick it up and World War II began, sending the Eğe family back to Turkey. Yet the drafts remain. This manuscript is an edited version of the story with marks from Ms. Strickland on where she planned to insert the music, which can be noted in the above papers provided by Mickel Library.

Special thanks to Dr. Güneş N. Eğe for donating the following documents to the Thrift Library of Anderson University. 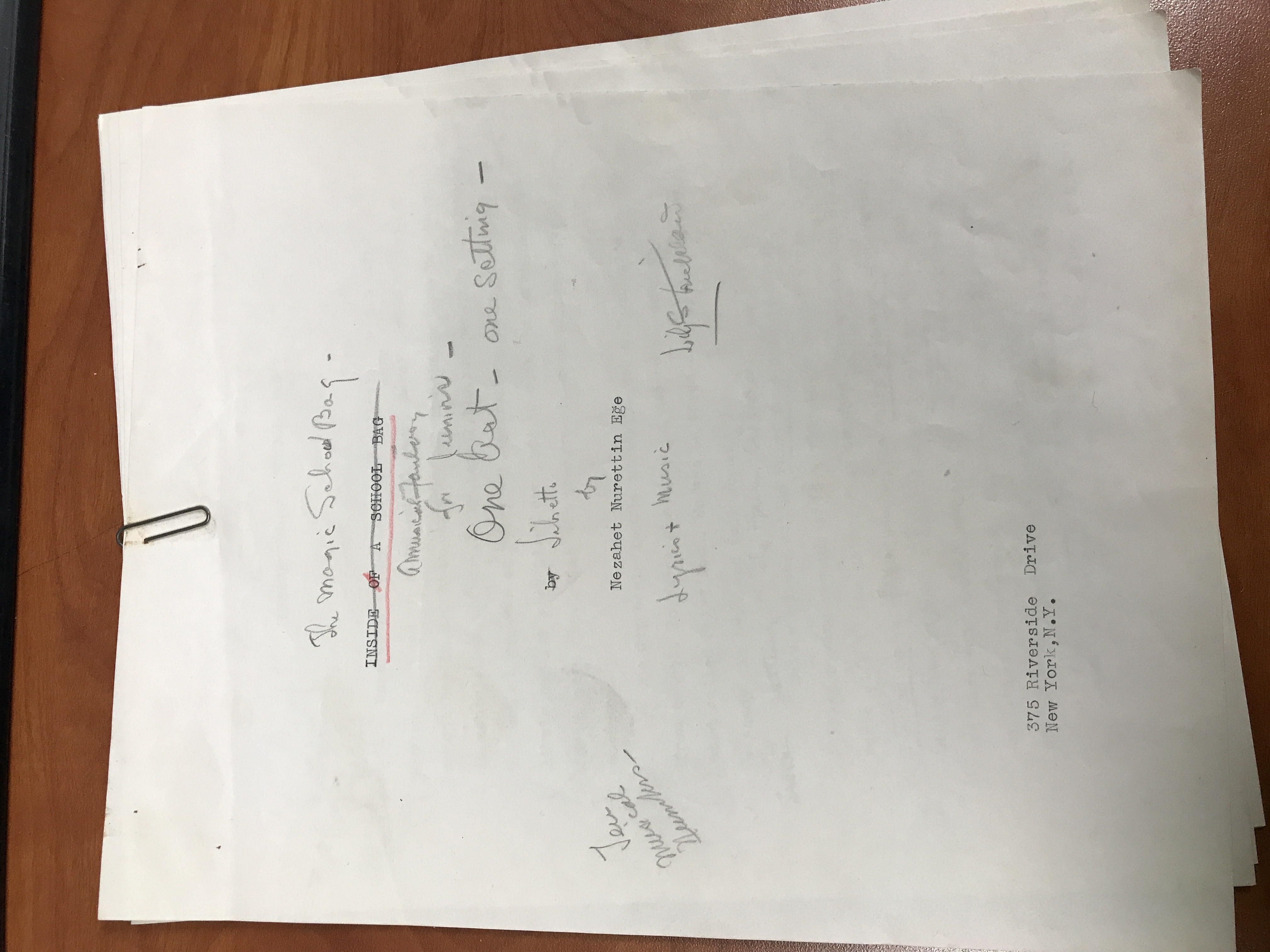 Mrs. Eğe had an idea for an operetta and was encouraged to reach out to Ms. Strickland to request her collaboration. Both parties were excited about the project and maintained a correspondence between November 1938 and January 1940. Following are letters kept by Mrs. Eğe documenting Ms. Strickland's interest and many initiatives in this regard.

Special thanks to Dr. Güneş N. Eğe for donating the following documents to the Thrift Library of Anderson University. 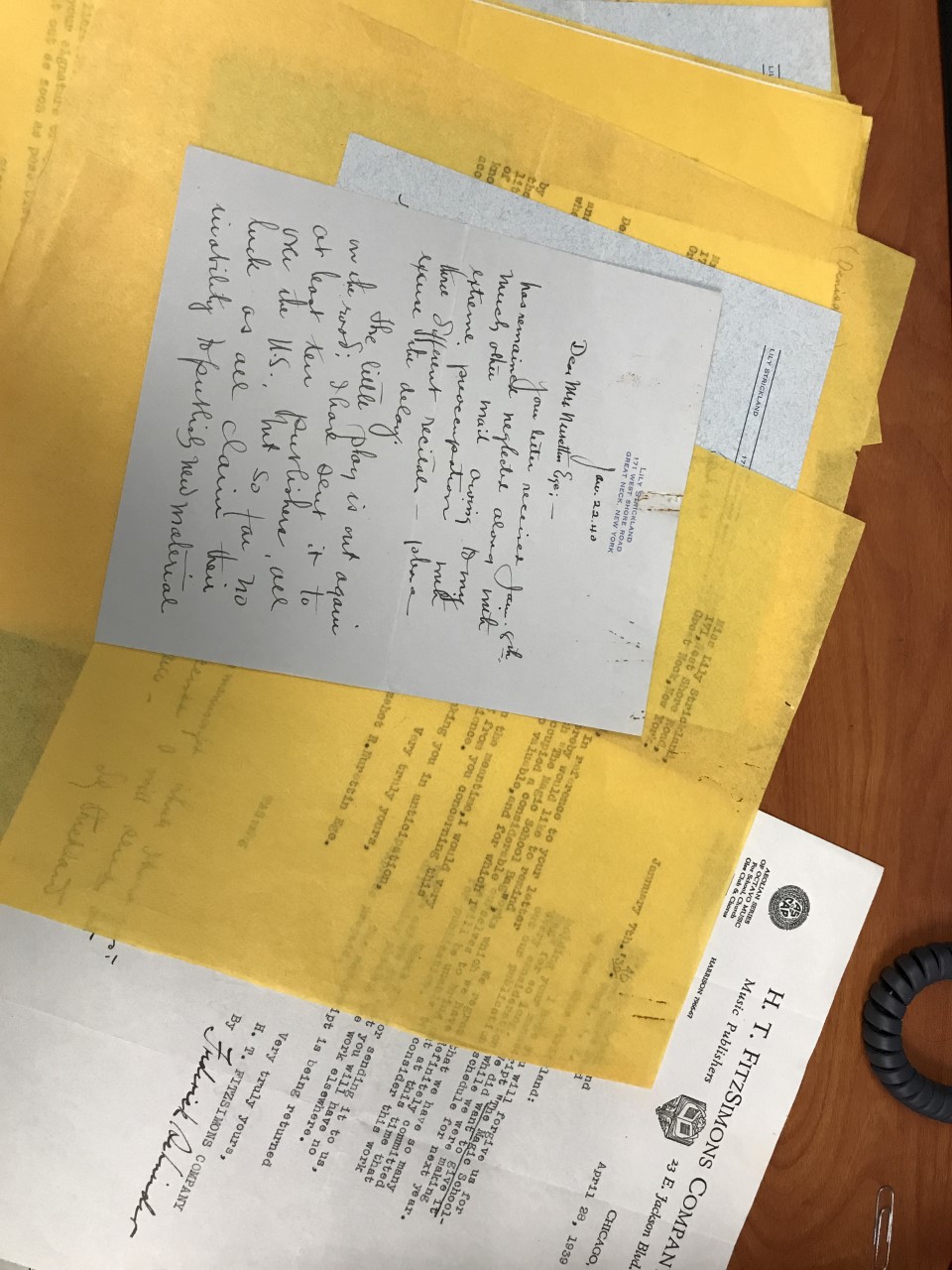 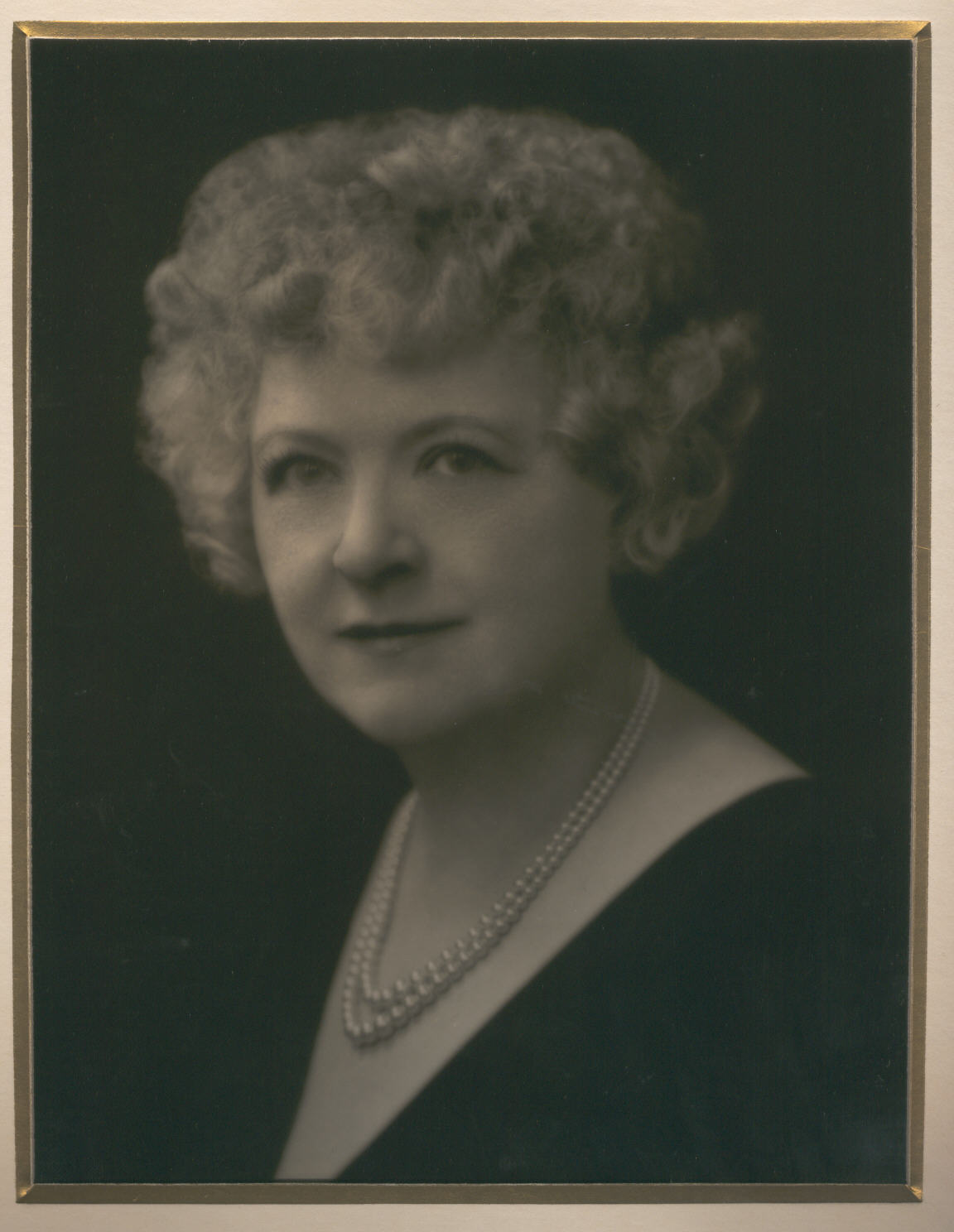 Lily Strickland (1884 - 1958) was born in Anderson, South Carolina. She was a prolific composer, writer and painter. She studied composition and piano at Converse College, and went on to attend the Institute of Musical Arts in New York (forerunner to Juilliard).

The Inspiration for The Magic School Bag

School Bag or Mektepli Cantasi (in Turkish) is a play about talking school equipment like pencils, pens, and rulers written by Ragıp Nurettin Eğe--Mrs. Eğe's husband! He wrote it during the early 1930s when he was Deputy Minister of Primary Schools in the Ministry of Education. While it's mission was nationalism for the anniversary of the Turkish Republic, it also served as the inspiration for Mrs. Eğe's operetta The Magic School Bag. The Eğes complimented each other well and worked hard, whether through plays, politics, or teaching to help their nation's future flourish. This book is a good example as it explores the promotion of their nation, the focus on education, and served as a way to reach others through the operetta it would inspire. (More about Mr. Eğe can be found in background document of Mrs. Eğe.)

Special thanks to Dr. Güneş N. Eğe for donating the following document to the Thrift Library of Anderson University. 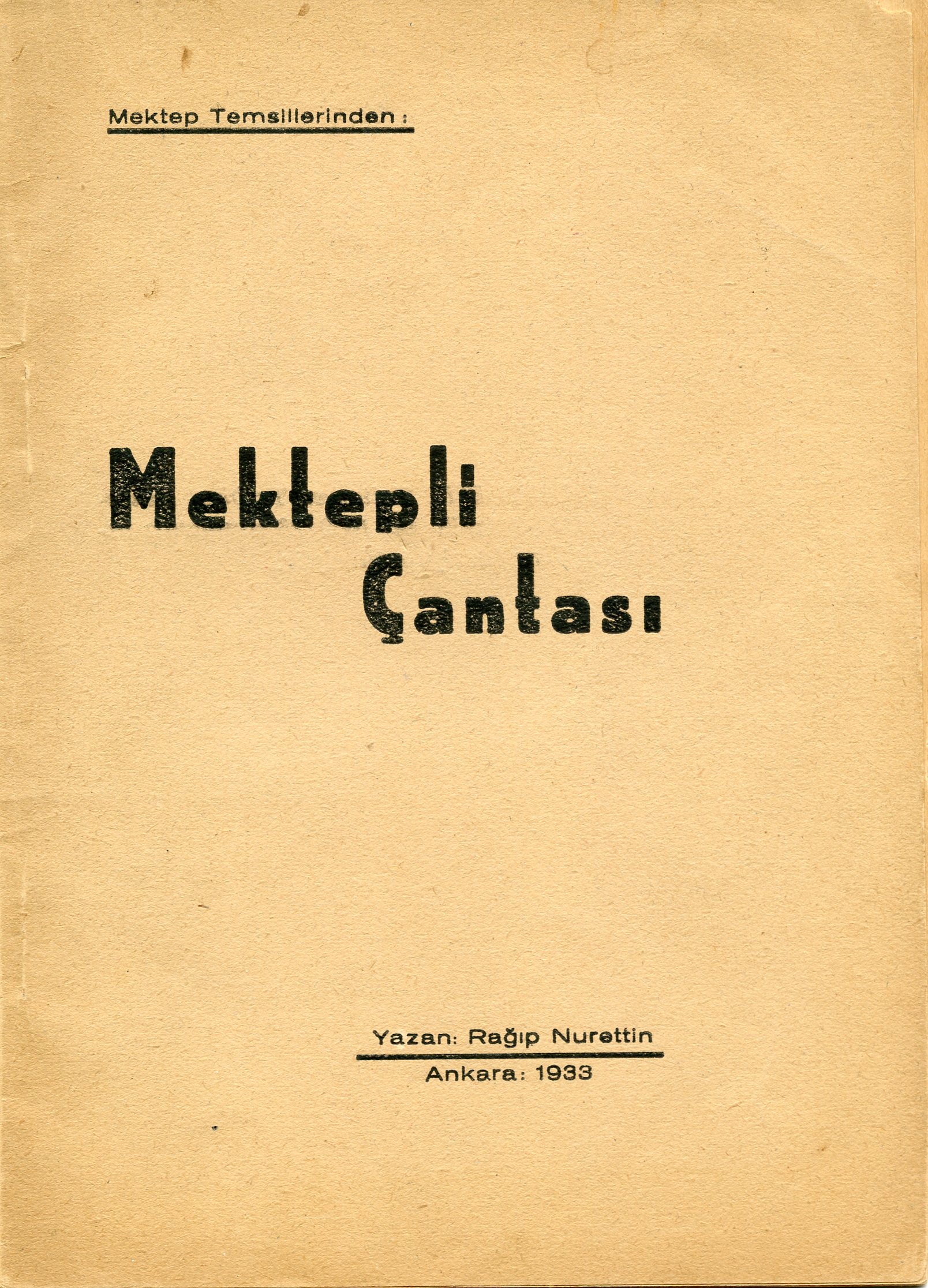