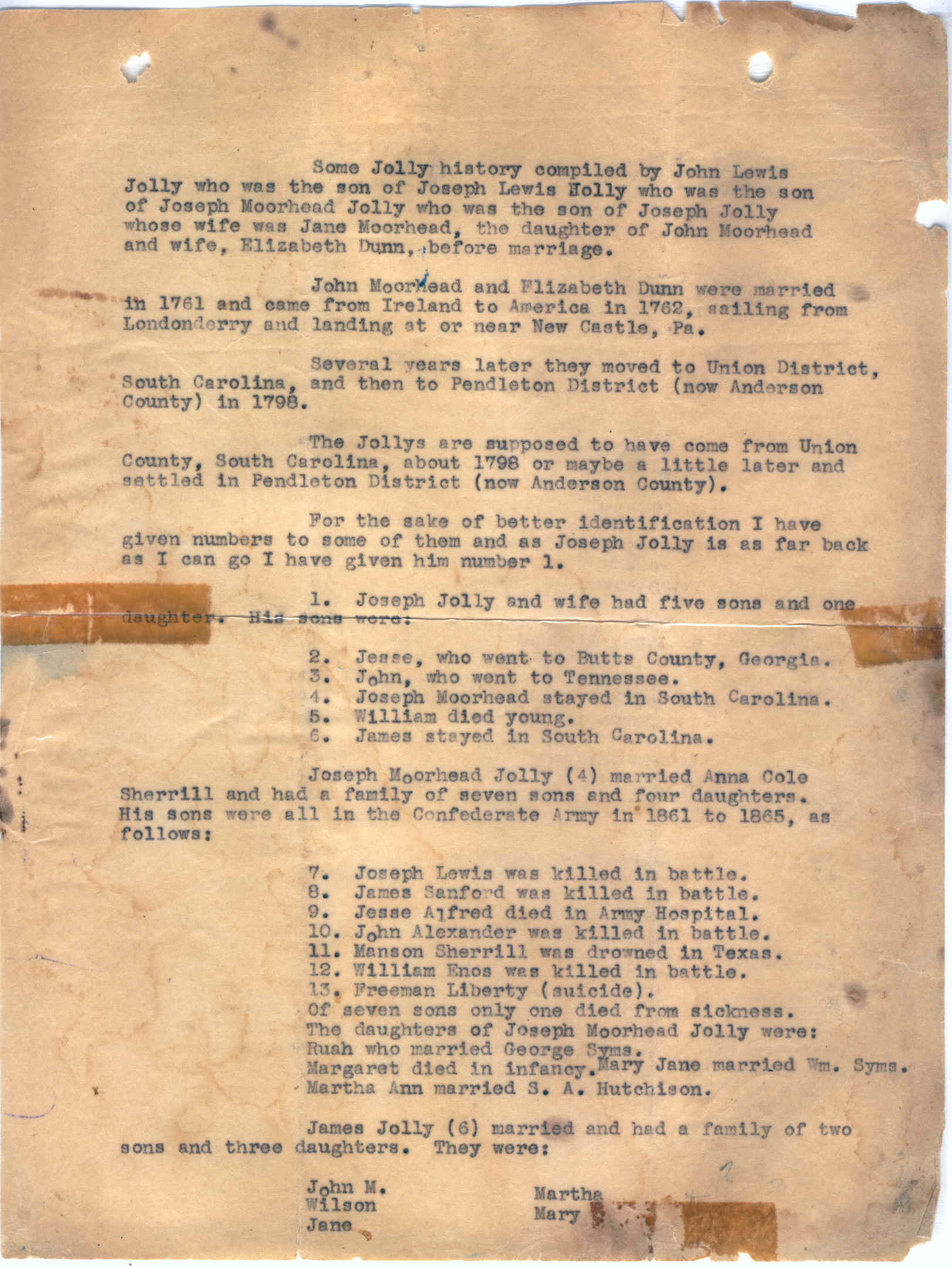 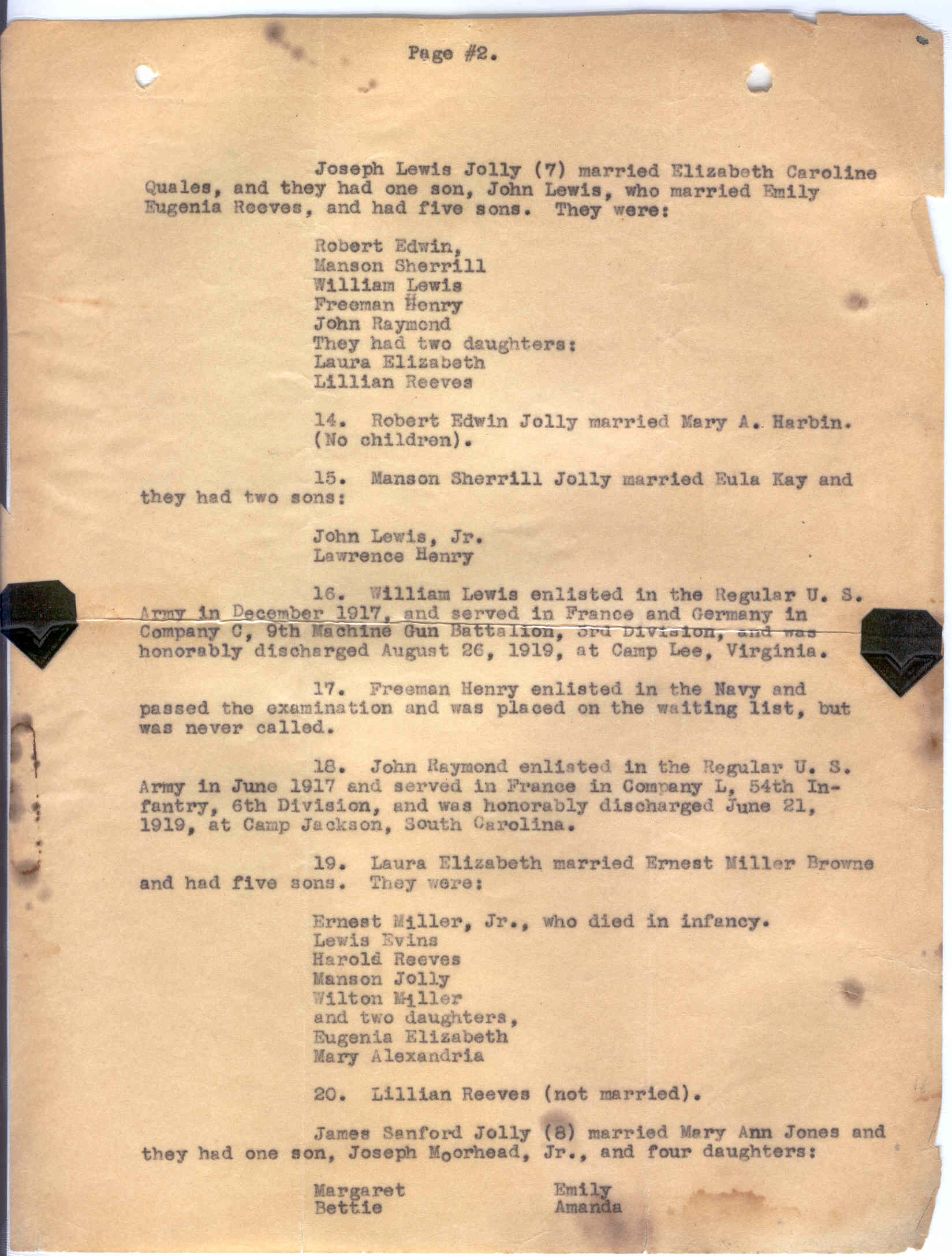 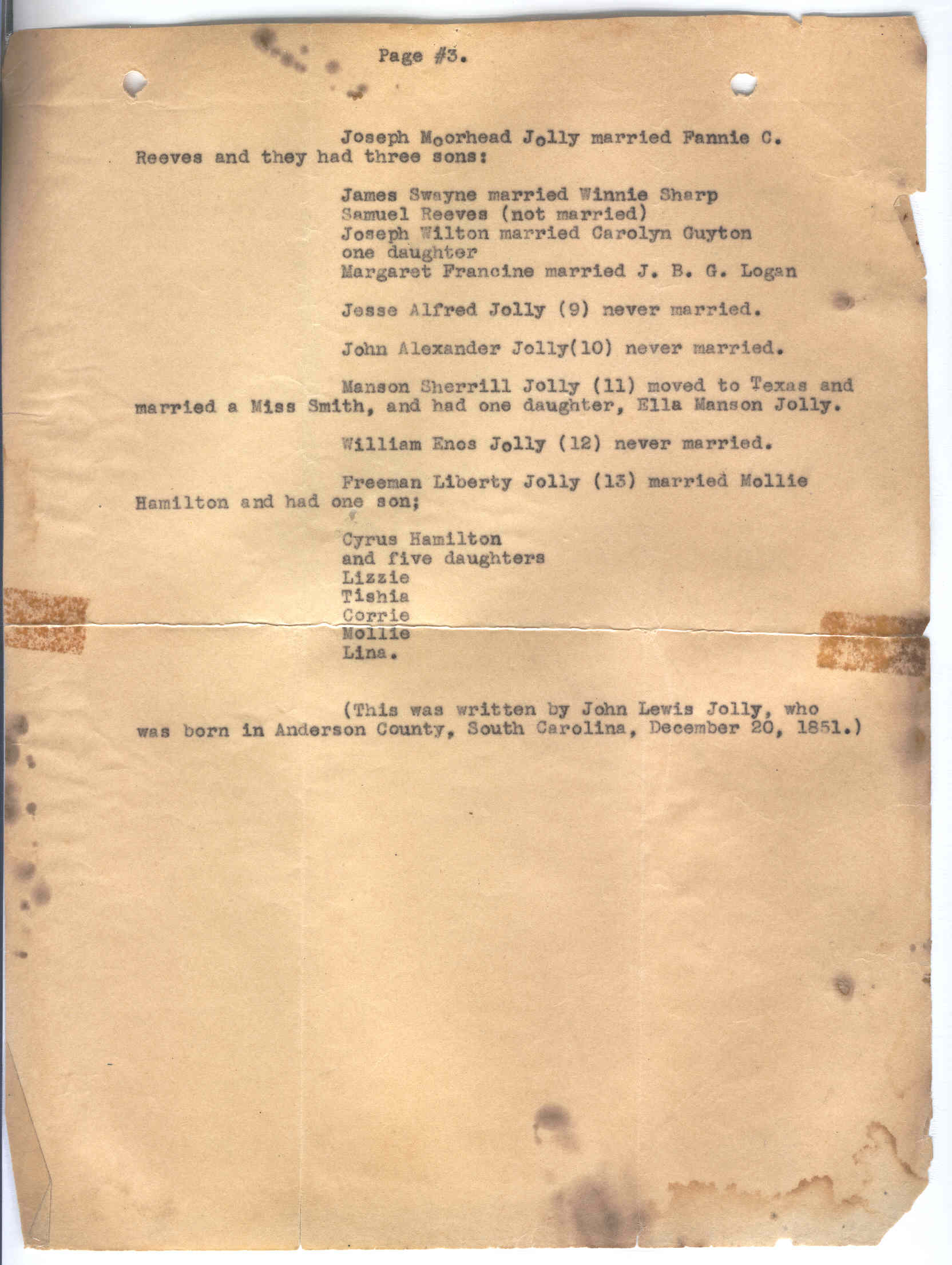 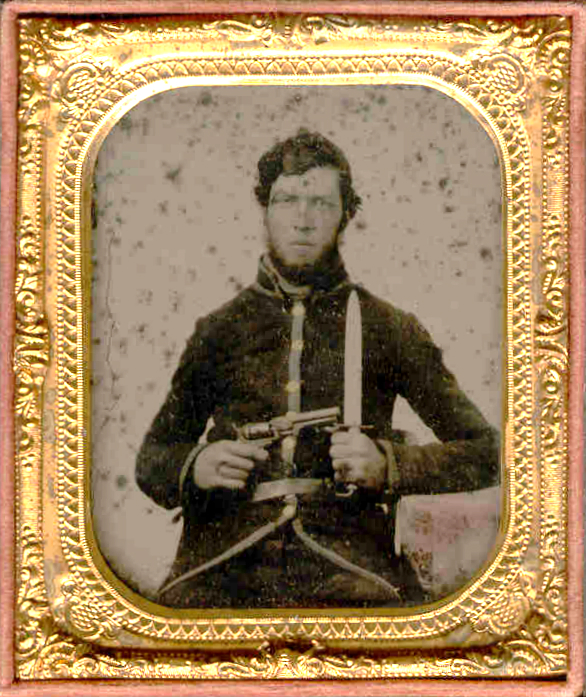 Manson Sherrill Jolly was born in 1840 in Anderson County, South Carolina. He enlisted in the Confederate Army during the Civil War. Stories circulating about his life maintain that after the war, he returned to the Anderson area and pursued occupying Union forces in an effort to avenge the death of his brothers who were killed during the conflict. He died in Texas in 1869 and is buried there.

The Anderson Independent published a two-part story on him in 1981. Below are scans of the article.