Special Collections: The Original Subscription List of of Donors to Anderson College

"To raise funds and start a women's college"

"In the spring of 1910 G.M. Tolly, the president of the Chamber [of Commerce], called a meeting of the members to make definite plans for a campaign to raise funds and start a women's college. A committee composed of W. R. Osborne (chairman), J. L. Shrard and Leon L. Rice (secretary) was appointed. This committee interviewed many the leading citizens to obtains their support. Letters were sent out to leaders in the community urging them to attend an important meeting a the courthouse to make plans for a campaign. A group of influential people met a the appointed place on april 21, 1910. Plans forobtaining subscriptions were agreed upon and solicitors were appointed to secure subscriptions toward a goal of $100,000." (p.12)

The Original Subscription List of Donors to Anderson College - p. 1 - 13 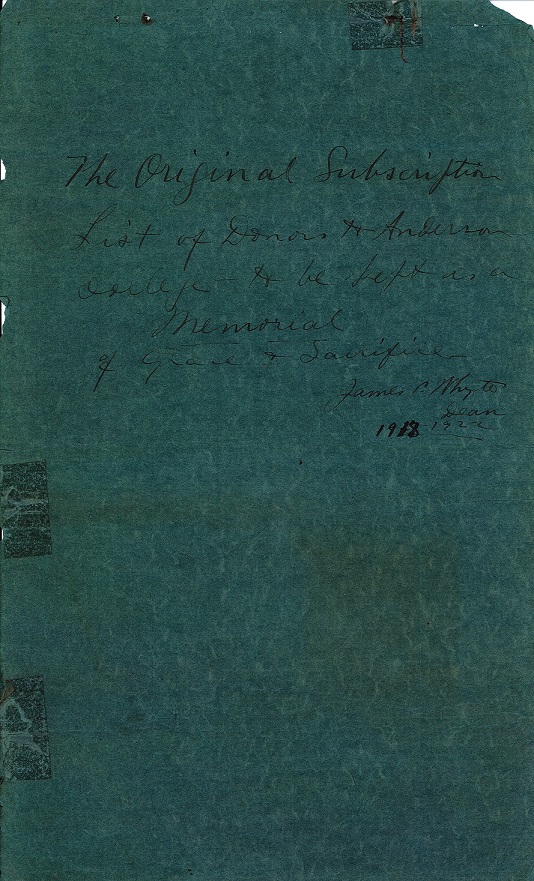 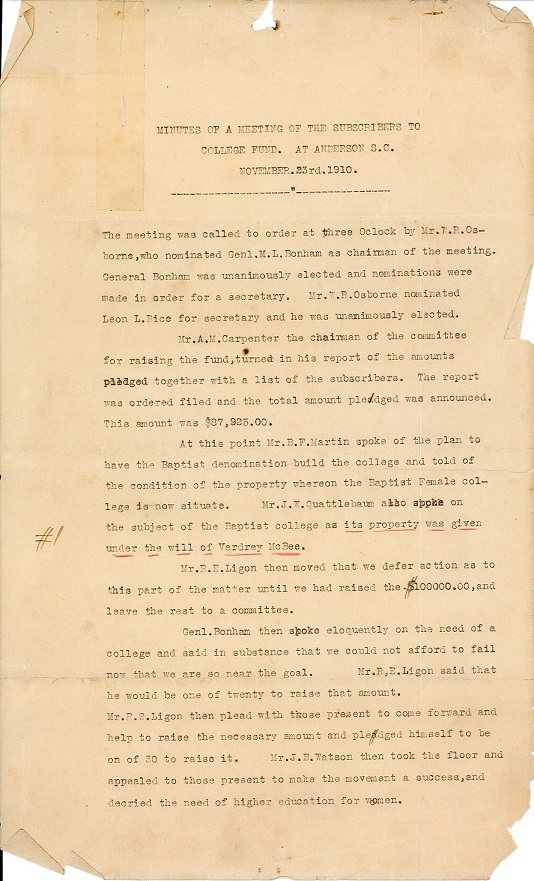 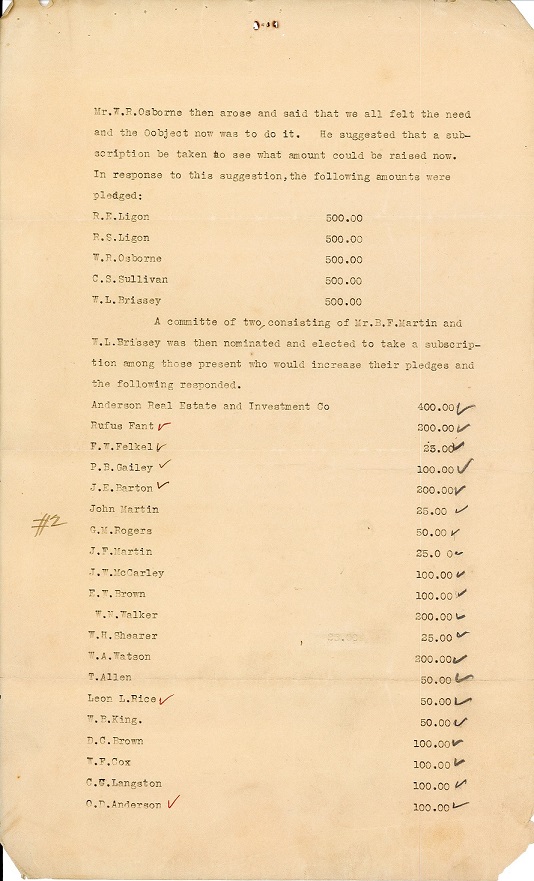 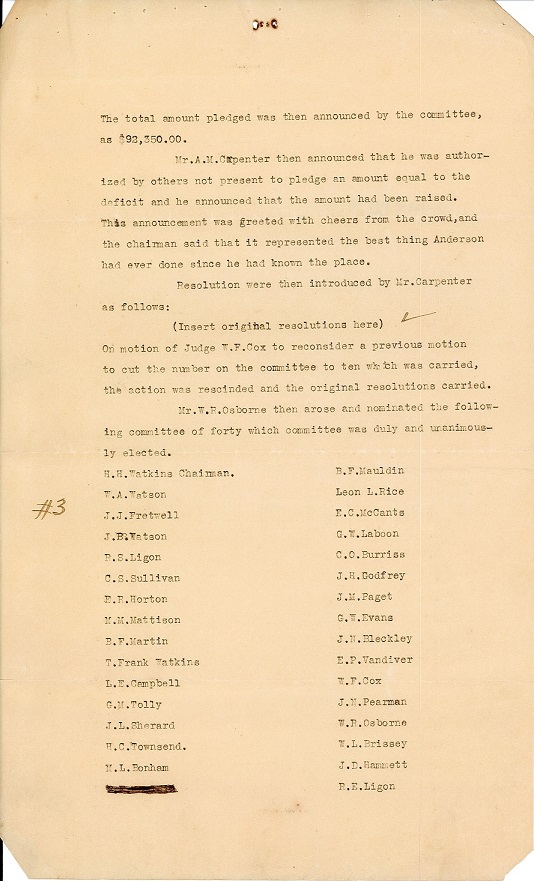 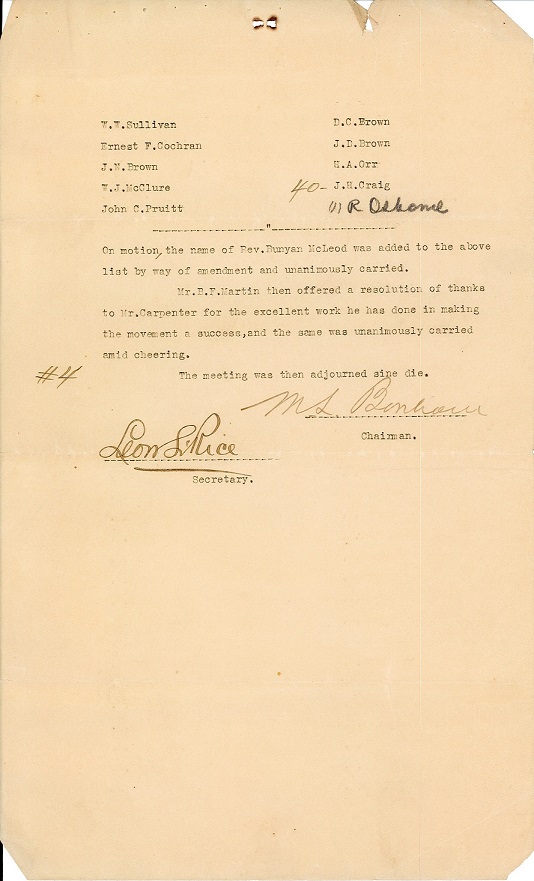 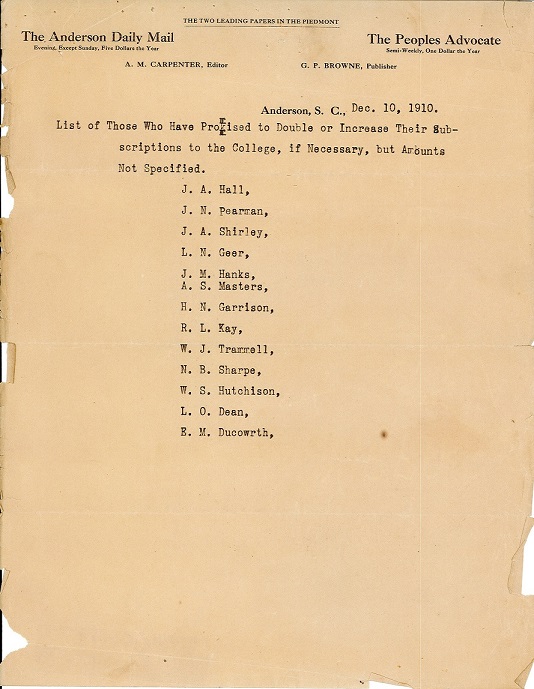 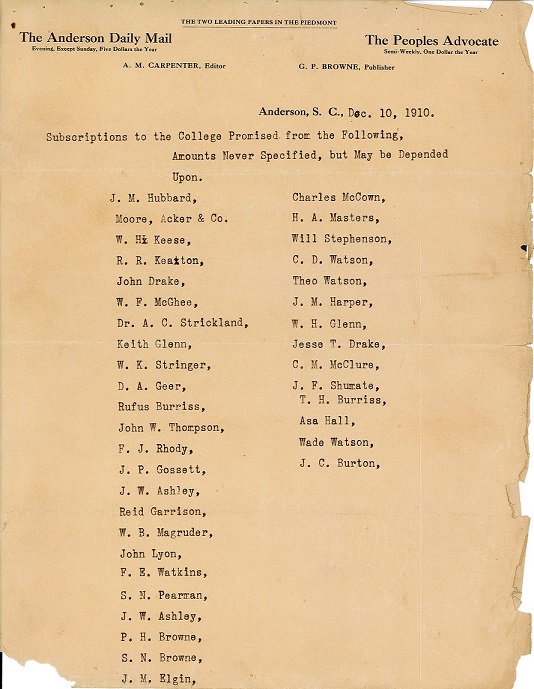 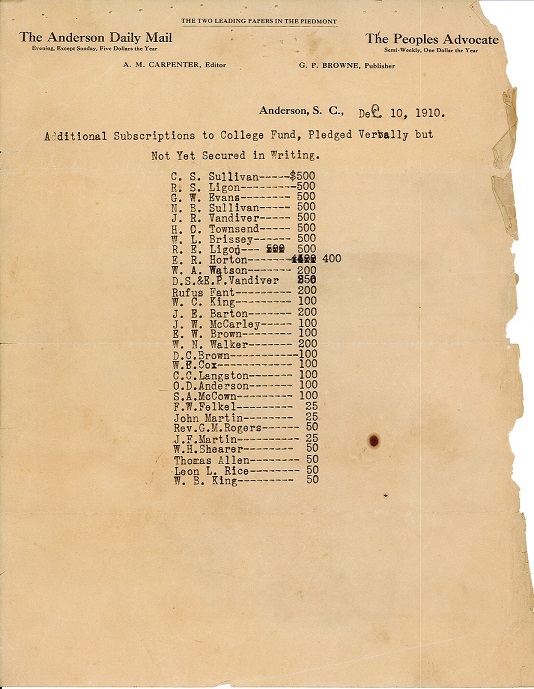 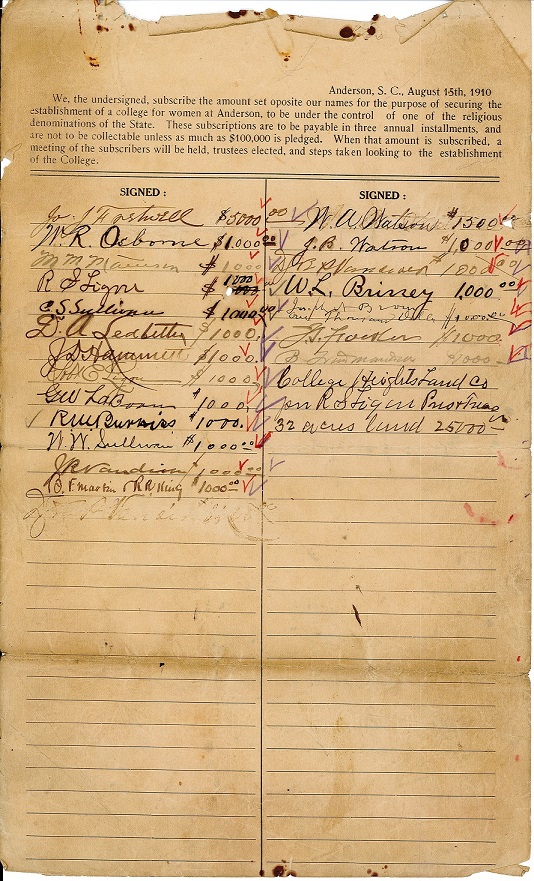 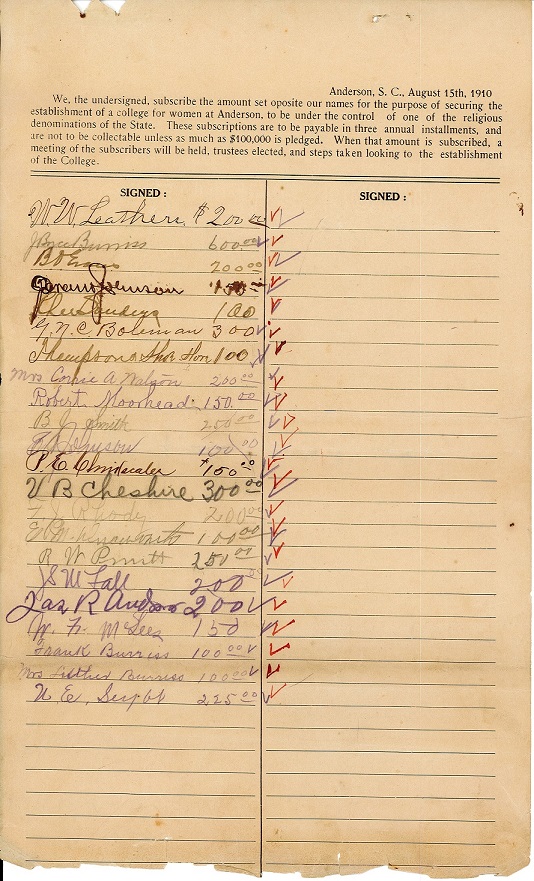 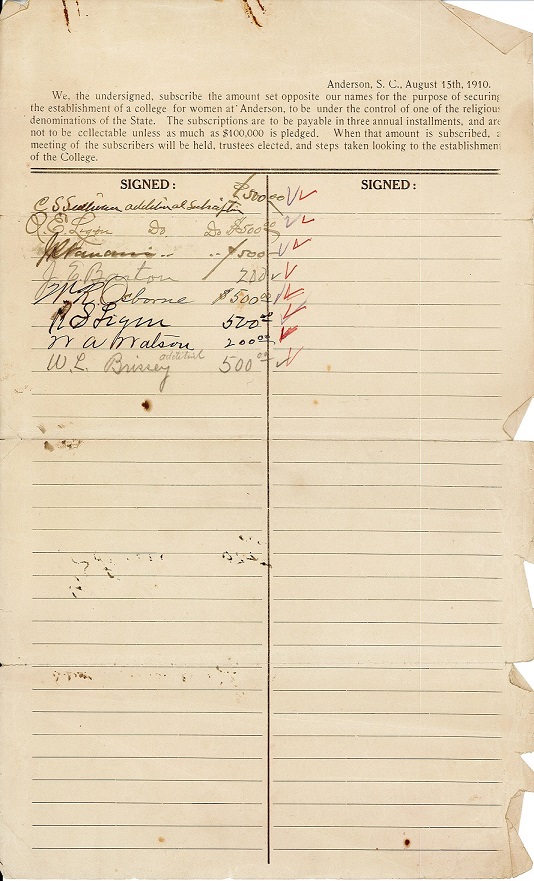 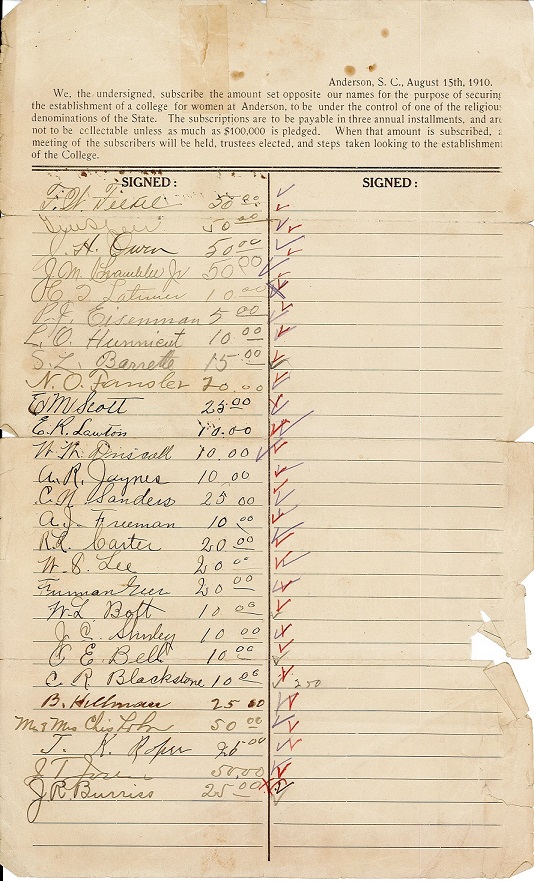 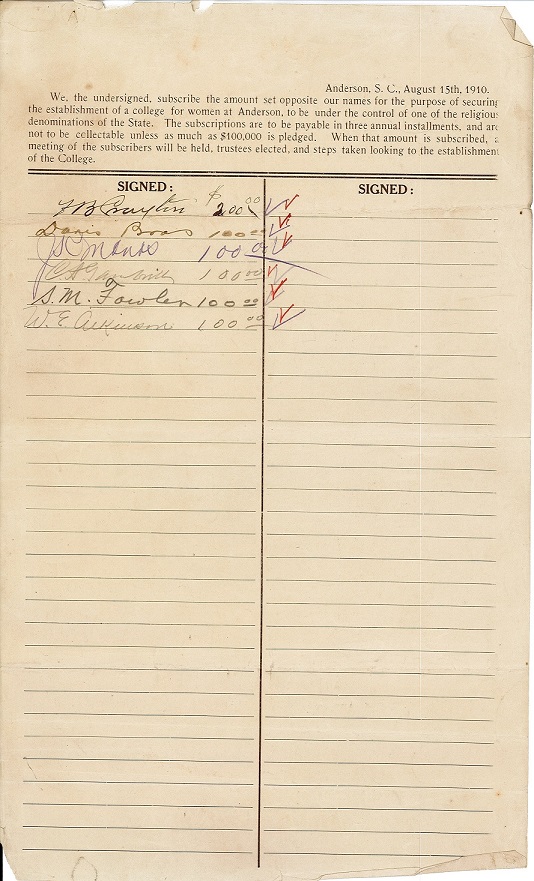 The Original Subscription List of Donors to Anderson College - p. 14 - 25 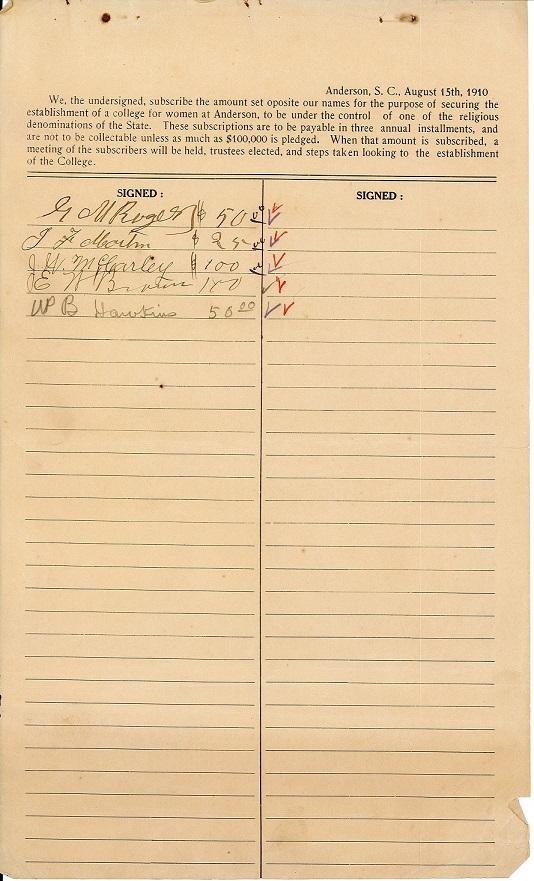 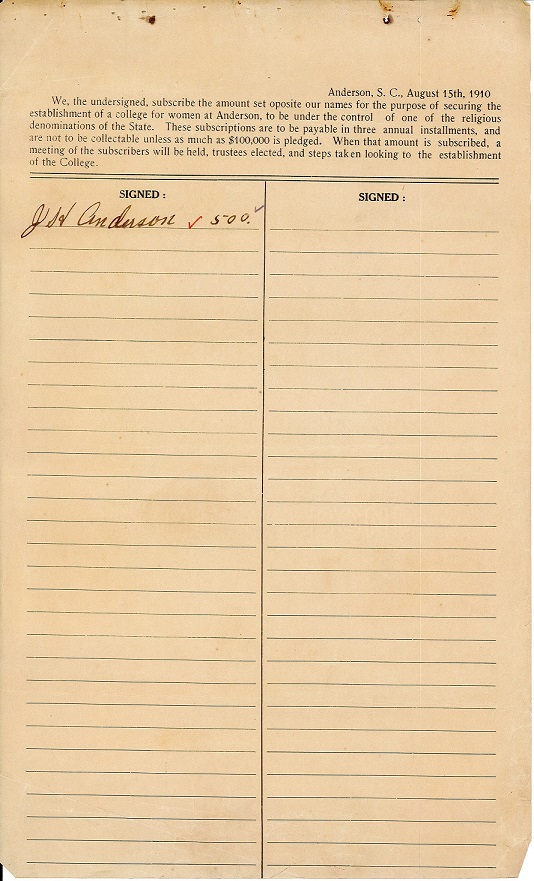 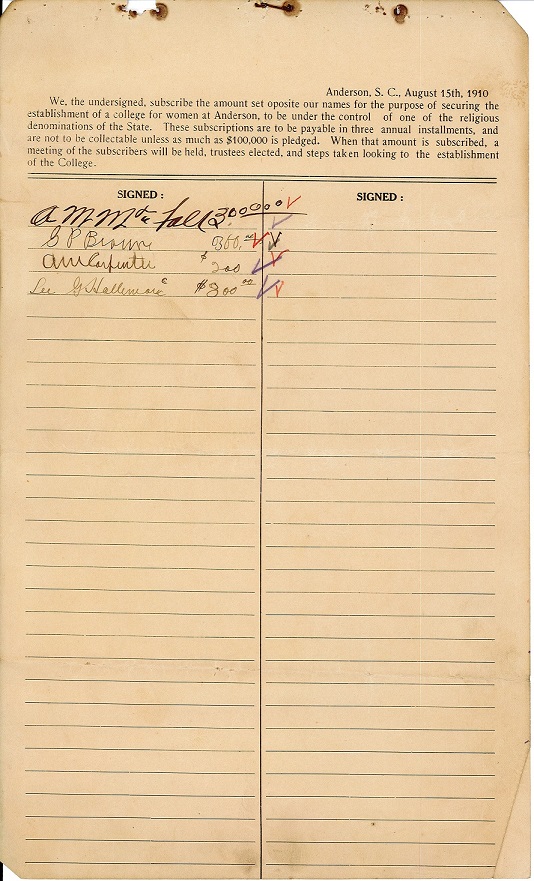 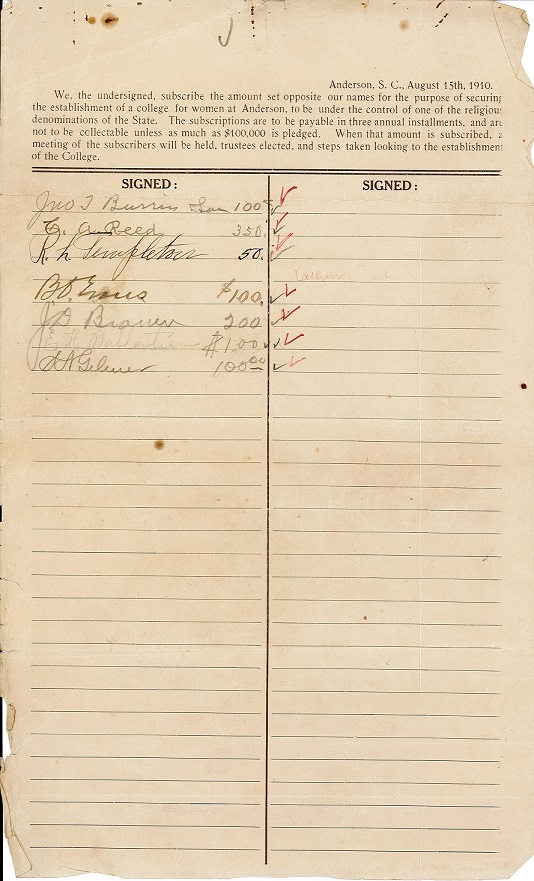 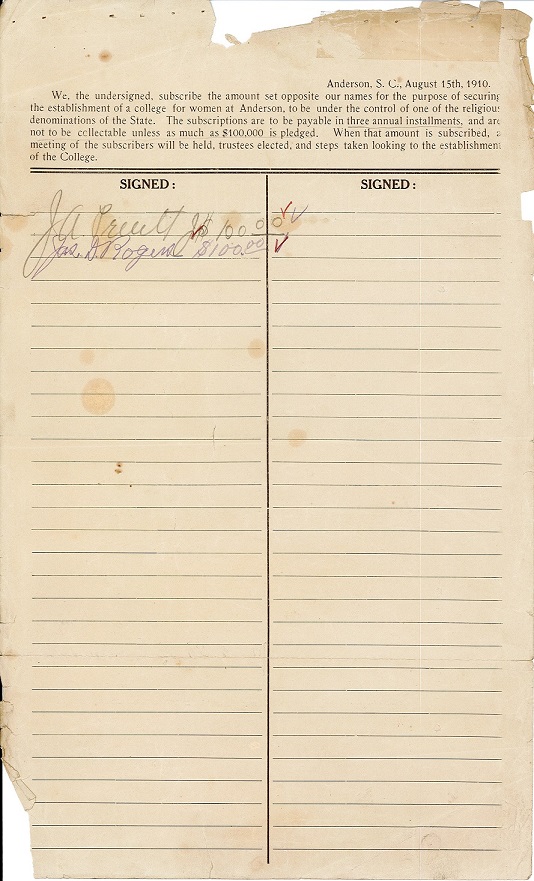 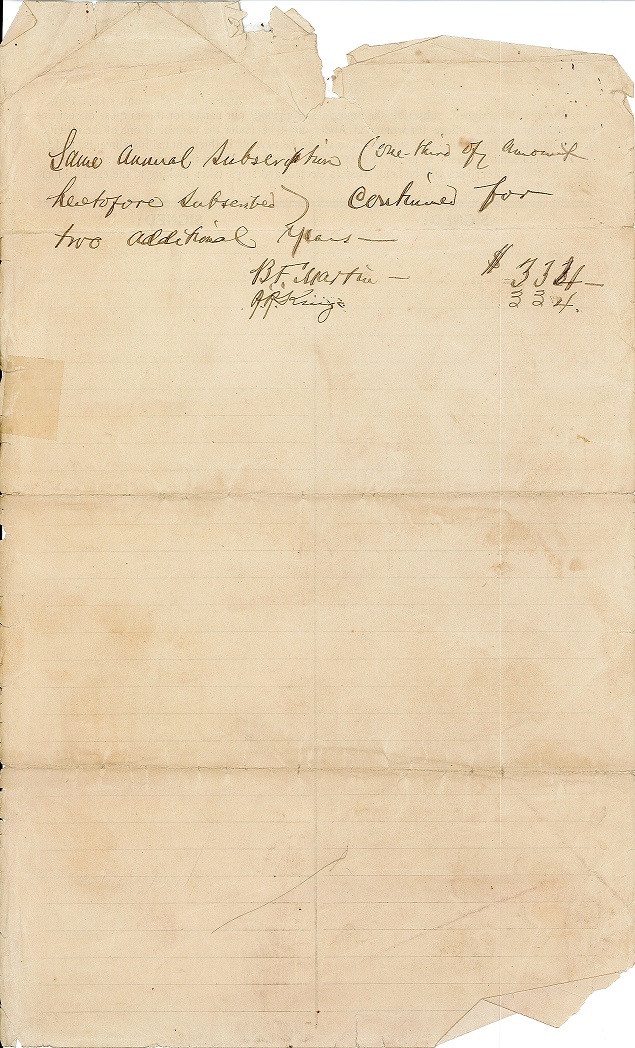 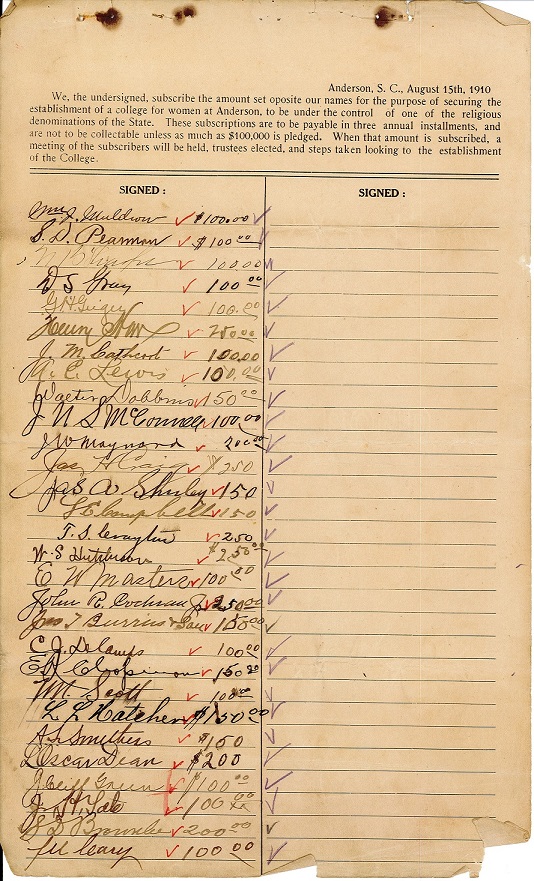 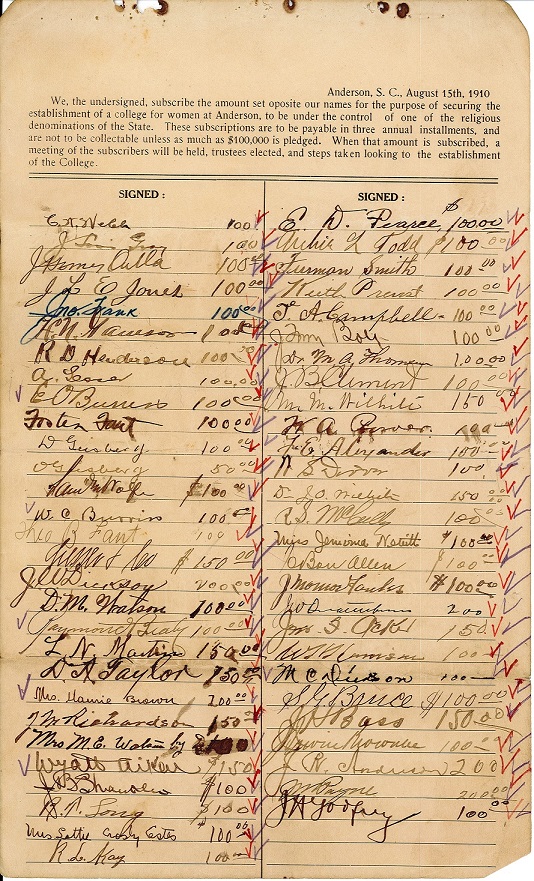 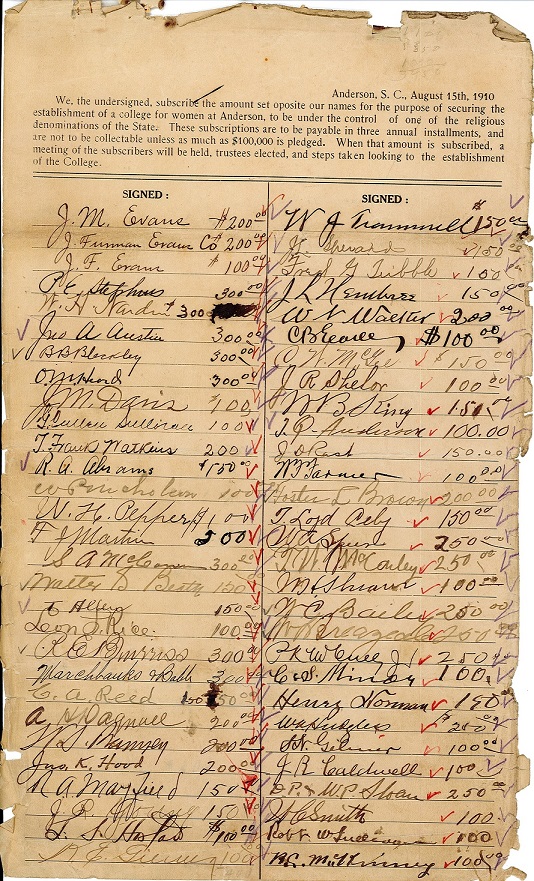 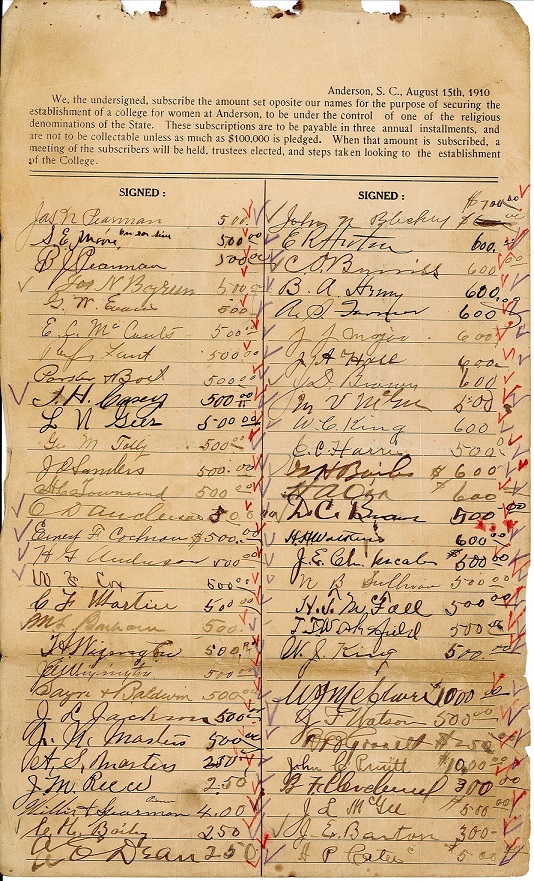 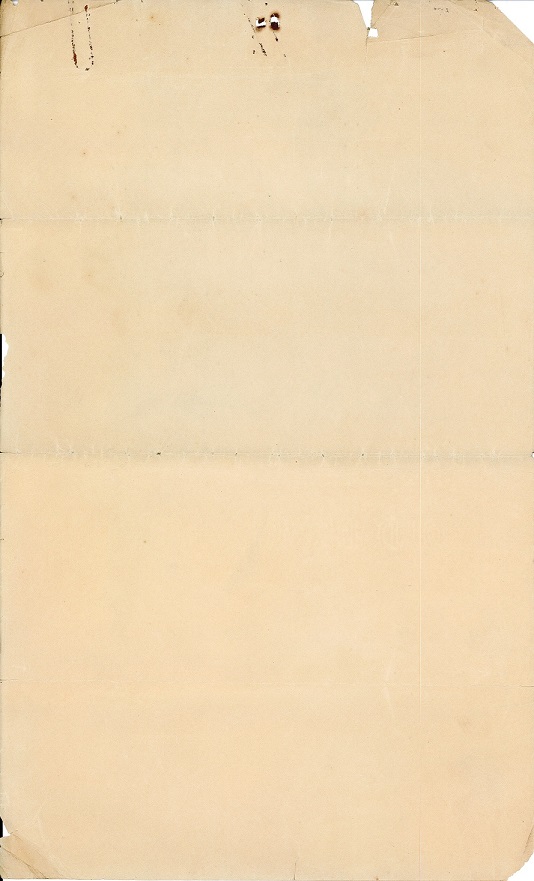 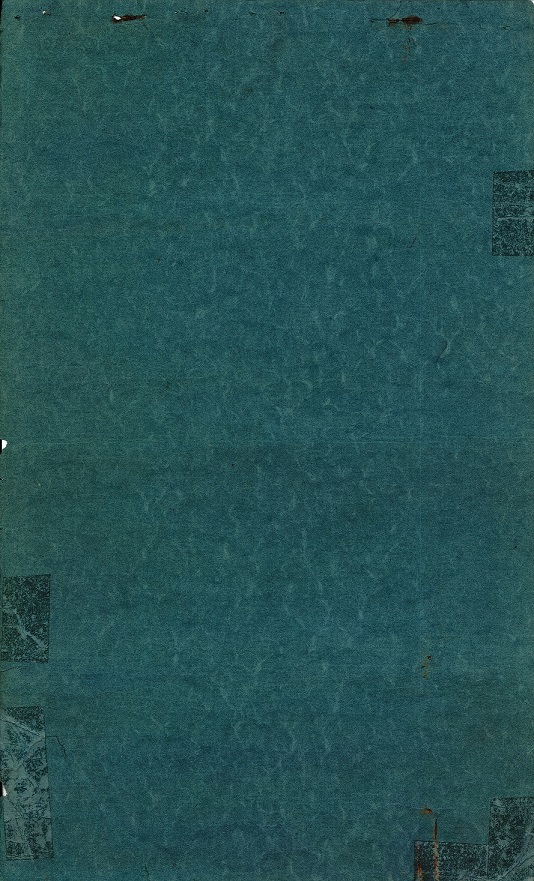