About Garland Encyclopedia of World Music 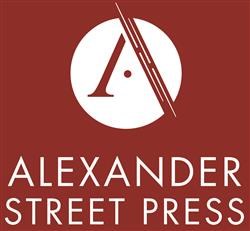 Each volume has a similar design and organization: three large sections that cover the major topics of a region from broad general issues to specific music practices. Each section consists of articles written by leading researchers, and extensive glossaries and indexes give the reader easy access to terms, names, and places of interest.

Part 1: an introduction to the region, its culture, and its music as well as a survey of previous music scholarship and research
Part 2: major issues and processes that link the musics of the region
Part 3: detailed accounts of individual music cultures

The editors of each volume have determined how this three-part structure is to be constructed and applied depending on the nature of their regions of interest. The concepts covered in Part 2 will therefore differ from volume to volume; likewise, the articles in Part 3 might be about the music of nations, ethnic groups, islands, or sub-regions. The picture of music presented in each volume is thus comprehensive yet remains focused on critical ideas and issues.

Complementing the texts of the encyclopedia's articles are numerous illustrations: photographs, drawings, maps, charts, song texts, and music examples. At the end of each volume is a useful set of study and research tools, including a glossary of terms, lists of audio and visual resources, and an extensive bibliography. An audio compact disc will be found inside the back cover of each physical volume, with sound examples that are linked with an icon in the margin to discussions in the text.

1.  This is a digital copy of the physical book and it's accompanying CDs. It is NOT a database!  This means that there is NO interactivity between the text and the recordings.

3.  Icons on the left of the title, but to the right of the image, will be a microphone or a webpage.  The microphone denotes that it is an audio example.

4.  If you wish to keep reading and/or playlists, you will need to create an account.  There is a link in the top right-hand corner of the page for this.  You can also add external links to your lists!  This could be handy for gathering all of your research.

5.  Others have created playlists and clips.  If they have been made public, you may use them. To search, click on "Playlists" or "Clips."  WATCH THE SHORT VIDEO BELOW!

5.  To get back to the navigation pane at the top (should it disappear), click "Show Navigation and Search," which can be found at top of the page on the left side.  If it says "Show citation," click that, and you will also get the navigation pane.

How to use the Audio Player