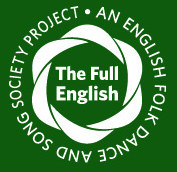 The Full English is the world's largest free digital archive English folk songs, tunes, dances, and customs.  An initiative of the English Folk Dance and Song Society (EFDSS) and its Vaughan Williams Memorial Library in London, the archive contains over 58000 digitized images from the manuscript collections of noted folk song collectors.

Judith Jamison
American dancer and choreographer Judith Jamison made her New York debut with the American Ballet Theatre in 1964. Jamisons fame began to build when she joined the Alvin Ailey American Dance Theatre in 1965, the company of which she would become ar...

Jacques d'Amboise
Jacques dAmboise (1934- ), recognized as one of the finest classical dancers of our time, has devoted his life to the arts and the promotion of arts education. Best known for his roles in American works such as Filling Station and Western Symphony...