About the Library: Thrift Art

Contains information on the library's hours, check out policies, rules, and services 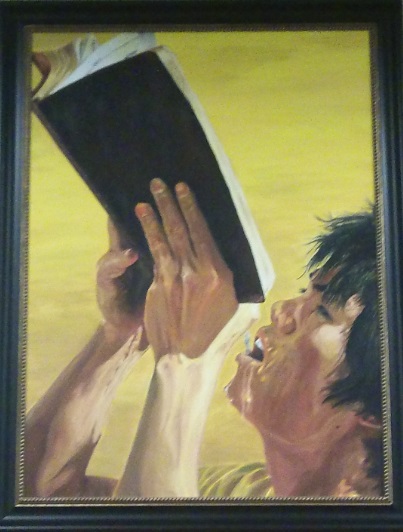 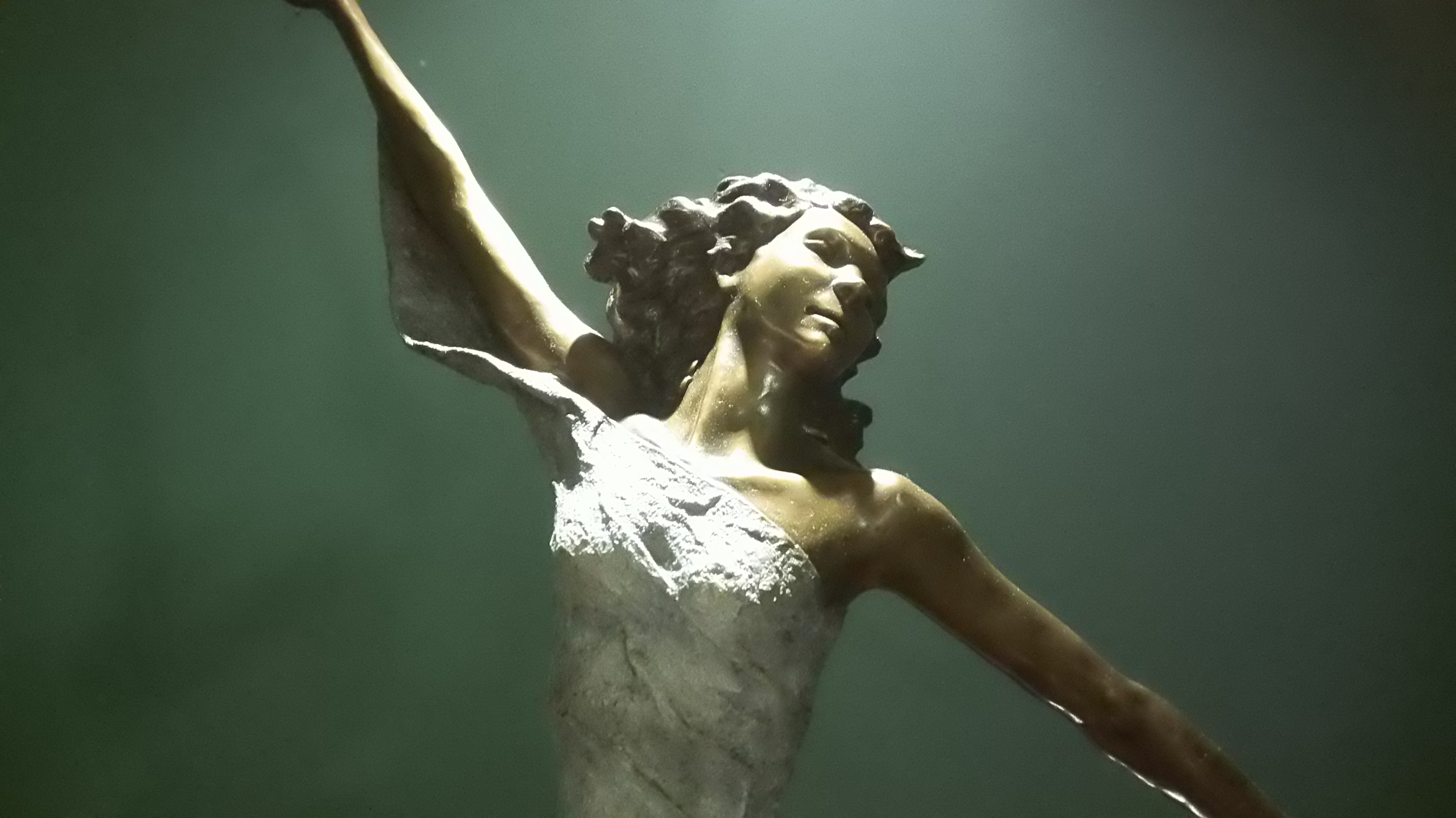 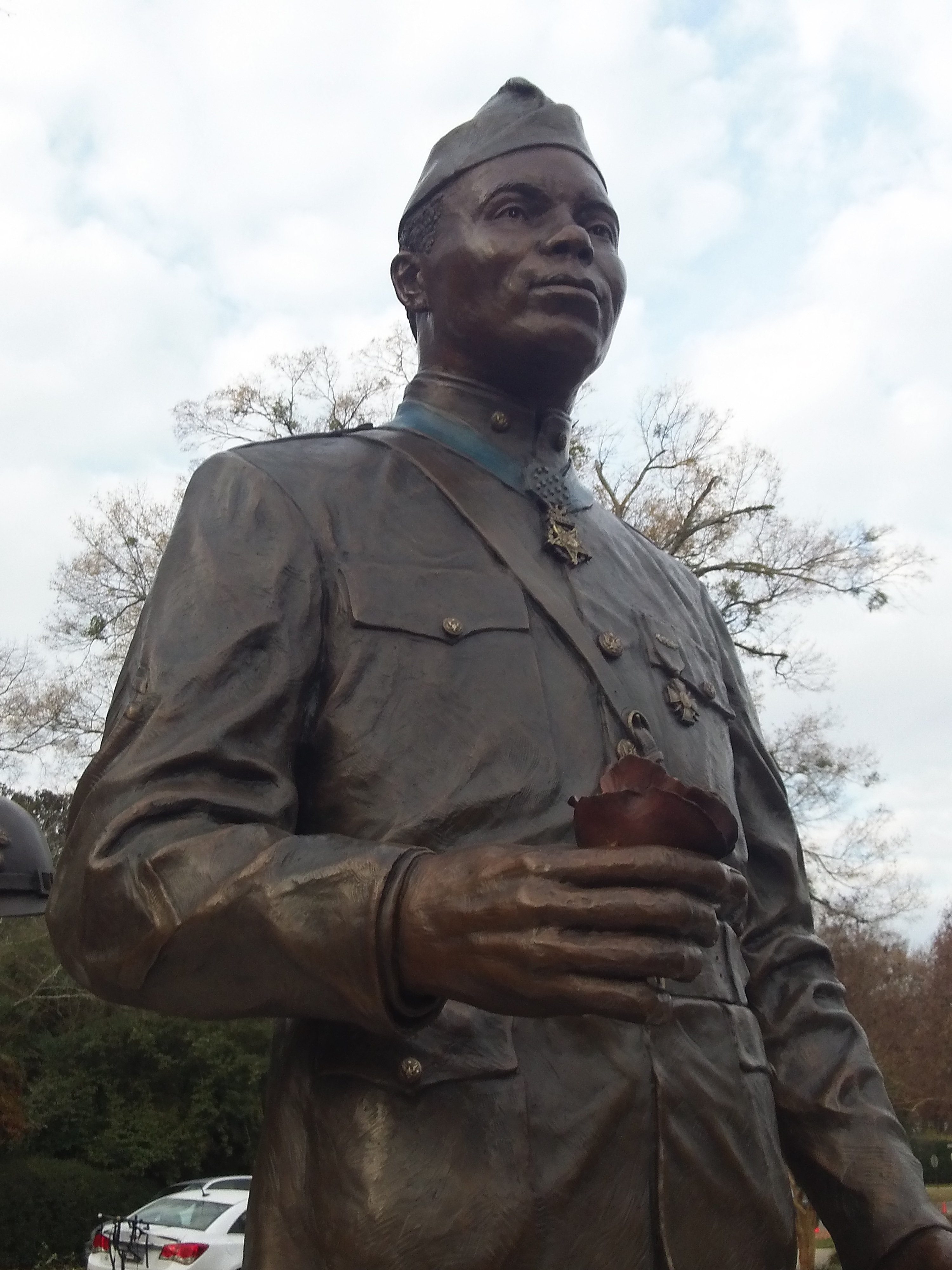 The President of the United States of America, in the name of Congress, takes pride in presenting the Medal of Honor (Posthumously) to Corporal Freddie Stowers, United States Army, for exceptional heroism on 28 September 1918, while serving as a squad leader in Company C, 371st Infantry Regiment, 93rd Infantry Division. Corporal Stowers’ company was the lead company during the attack on Hill 188, Champagne Marne Sector, France, during World War I.

A few minutes after the attack began, the enemy ceased firing and began climbing up onto the parapets of the trenches, holding up their arms as if wishing to surrender. The enemy’s actions caused the American forces to cease fire and to come out into the open.

As the company started forward and when within about 100 meters of the trench line, the enemy jumped back into their trenches and greeted Corporal Stowers’ company with interlocking bands of machine gun fire and mortar fire causing well over fifty percent casualties.

Faced with incredible enemy resistance, Corporal Stowers took charge, setting such a courageous example of personal bravery and leadership that he inspired his men to follow him in the attack. With extraordinary heroism and complete disregard of personal danger under devastating fire, he crawled forward leading his squad toward an enemy machine gun nest, which was causing heavy casualties to his company.

After fierce fighting, the machine gun position was destroyed and the enemy soldiers were killed. Displaying great courage and intrepidity, Corporal Stowers continued to press the attack against a determined enemy. While crawling forward and urging his men to continue the attack on a second trench line, he was gravely wounded by machine gun fire.

Although, Corporal Stowers was mortally wounded, he pressed forward, urging on the members of his squad, until he died. Inspired by the heroism and display of bravery of Corporal Stowers, his company continued the attack against incredible odds, contributing to the capture of Hill 188 and causing heavy enemy casualties.

Corporal Stowers’ conspicuous gallantry, extraordinary heroism and supreme devotion to his men were well above and beyond the call of duty, follow the finest traditions of military service and reflect the utmost credit on him and the United States Army.